11 Matterhorn Facts You May Not Know

You’ve likely seen photos of Europe’s most majestic mountain, but how much do you know about the Matterhorn? 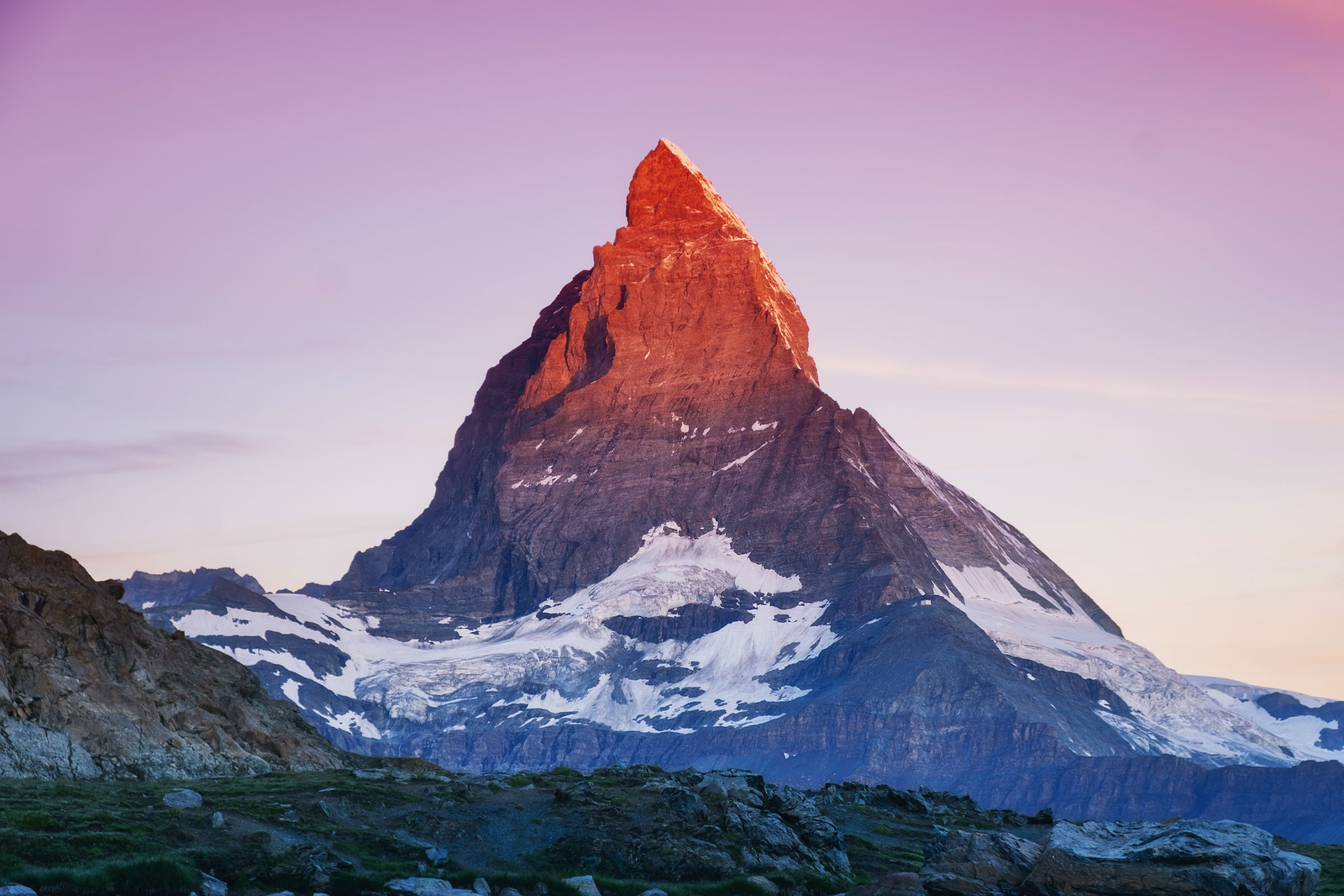 4. The Matterhorn is situated on the border of Switzerland and Italy and can be accessed from both countries.

5. It is estimated that around 3,000 people climb and successfully summit the Matterhorn each year.

6. The first ascent of the Matterhorn took place by a group of seven people in July 1865. Four of the seven climbers died on the descent.

7. The first woman to summit the mountain was Lucy Walker. She completed the ascent in 1871 while wearing a white dress.

8. In older times, it averaged two days to climb the 3608 feet to the top of the Matterhorn’s North face. Today, it takes between eight and ten hours.

9. The four “faces” of the mountain face the four cardinal directions.

11. The Matterhorn has been on the packaging for popular candy Toblerone since 1960.


Thanks! You'll be hearing from us soon

What To Pack: Spring or Fall in Europe

10 Free Things to Do in Bern

Beautiful Easter Eggs from All Over the World

Thanks! You'll be hearing from us soon.

You're all set. Keep an eye on your inbox for travel deals.