Walk the lavish halls of the homes that Kings and Queens once summered in or admire the perfectly manicured lawns and romantic gardens. These palaces are some of Europe's finest vacation ideas to explore. 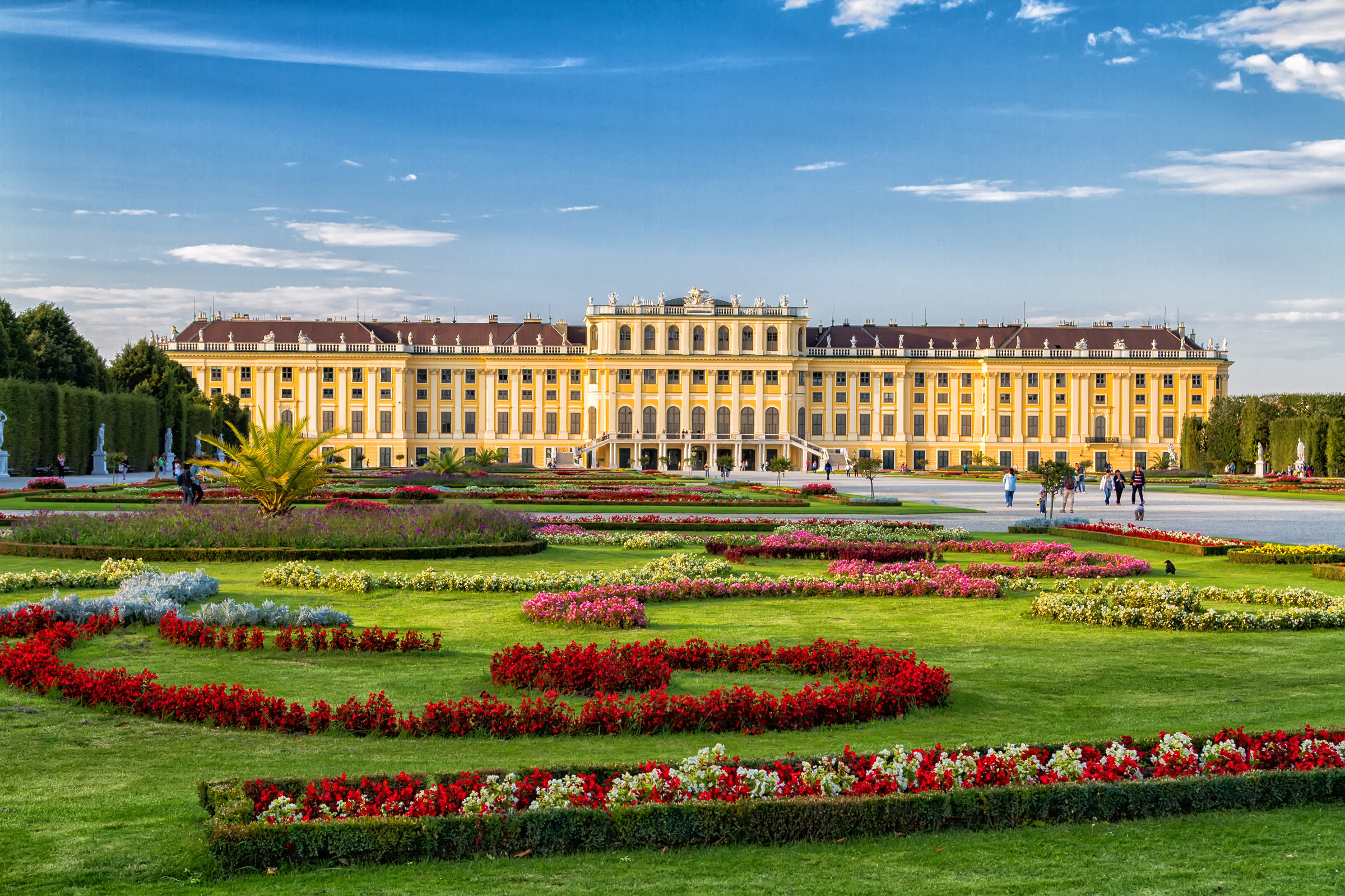 This UNESCO World Heritage site served as the Imperial summer residence in the 17th century. You'll find a zoo, maze, labyrinth, seasonal markets and more on the estate in Vienna.
Fun fact: A young Mozart performed his first concert here when he was six years old. 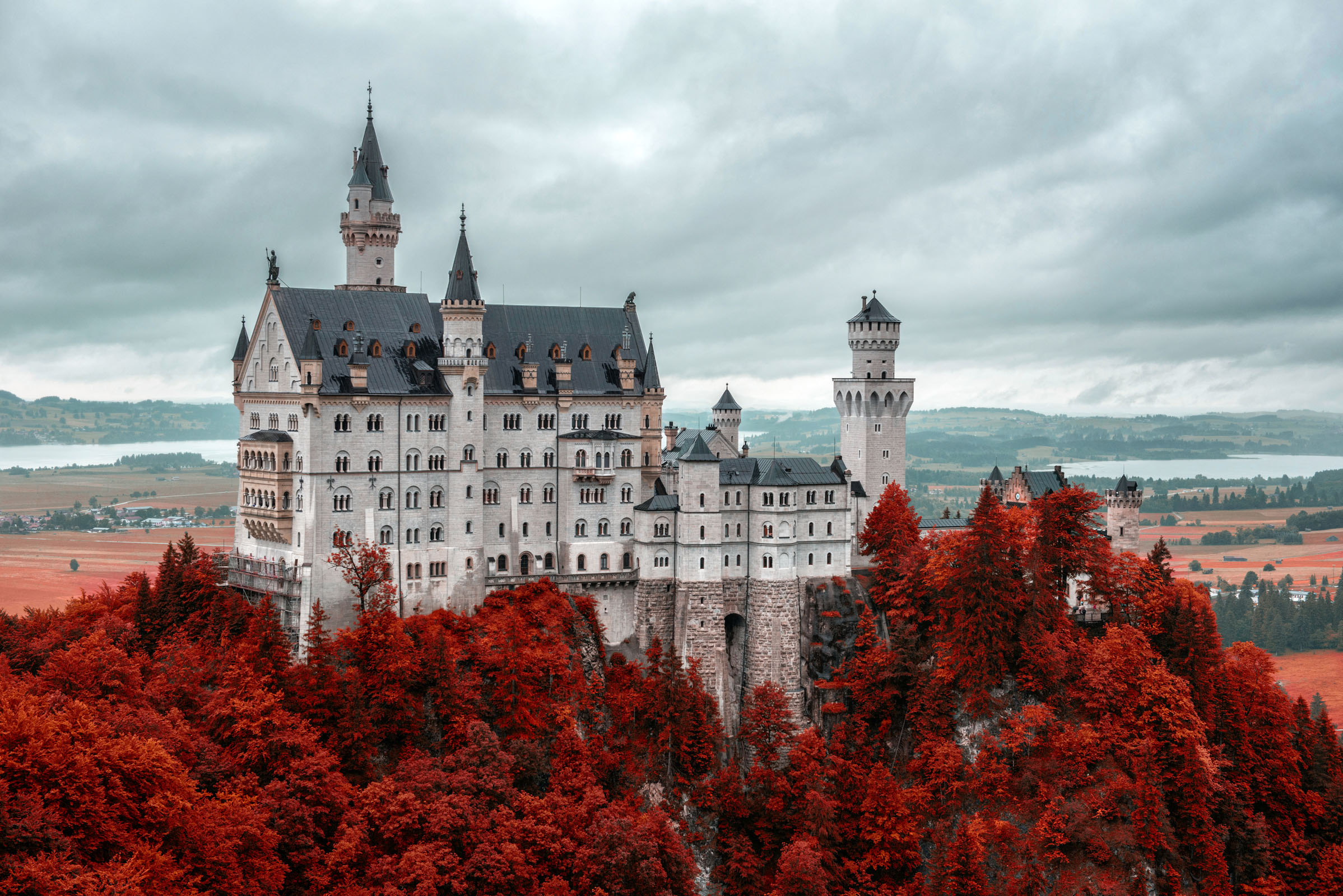 Built for King Ludwig II of Bavaria, the "Fairytale King", but was not completed under after his death in 1886. It is the most photographed building in Germany despite photographs not being allowed inside the castle.

One of the Seven Wonders of Portugal

This 19th century Moorish castle was built as to be visible from any point in the Pena Park which spreads out over nearly 500 acres of forest and gardens. Admire the blend of Neo-Gothic, Neo-Islamic, Neo-Renaissance and Neo-Manueline architectural styles of this palace in Portugal.

The Prussion jewel just outside of Berlin

Sanssouci translates to "without worries". Frederick the Great made this his summer home to escape the stresses of royalty. Today you will find magical views, lovely terraced gardens, the Great Fountain and wonderful foliage including 3,000 fruit trees!

The largest chateau in the Loire Valley

Designed in a French Renaissance style, this palace was built for King Francois I as a hunting lodge. Today you can visit the Chambord's kitchen, take a Horse & Carriage ride, stroll through the park and gardens and more in the Loire Valley!

Alhambra was built in 899 as a small fortress. Since then it has evolved into a royal palace and fortress complex attracting visitors from across the globe! Opposite the Alhambra is the Generalife, surrounded by orchards and gardens. This was where the Granadine Kings came to relax.

From the center of political power to opulent tourist attraction

Built for King Louis XIV, The Sun King, this palace set the standard in the 17th century for palaces. Be sure to visit the most famous room at Versailles, the Hall of Mirrors, stretching out over 230 feet with 357 mirrors throughout.

The Winter Palace shines with its elaborate baroque architecture while dominating Palace Square on the bank of the Neva river. Walk through the Palace’s immaculate halls and gaze on famous masterpieces of art with over 2.7 million exhibits on display at the Hermitage Museum.

A Baroque gem of Latvia

With 54 rooms and a banquet hall known as the Great Gallery, locals call Rundale the Palace of Versailles of Latvia. You'll find a rose garden containing over 2,400 types of roses, a green amphitheater, intricate fountains and more.

A look into a luxurious aristocratic residence

Standing on the peak of the rocky promontory of Gringonomo, this castle offers magical views over the Gulf of Trieste. After admiring the sumptuous interior of this noble residence, complete with original furnishings, explore the park filled with botanical species.


Thanks! You'll be hearing from us soon

The 10 Most Fun Things to do in Vienna this February

10 Incredible Things to do in Vienna this January

The 10 Most Fun Events in Vienna this November

10 Terrific Events To Go To In Vienna This September

Thanks! You'll be hearing from us soon.

You're all set. Keep an eye on your inbox for travel deals.